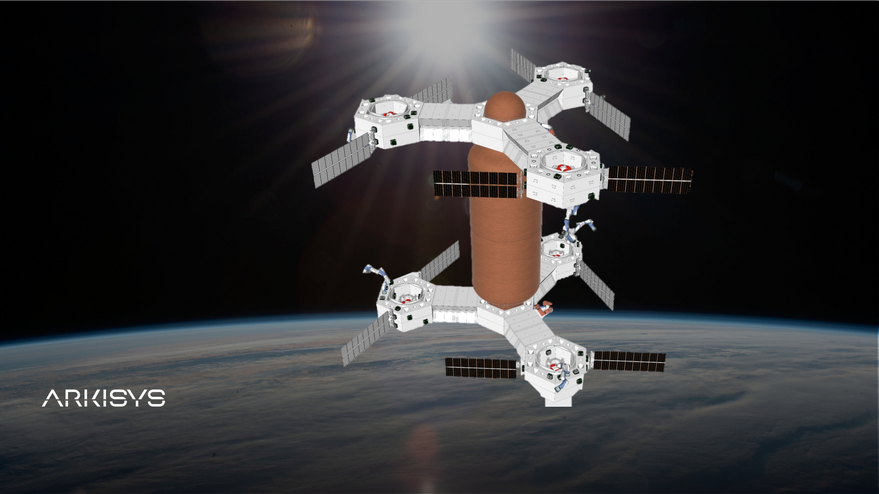 First flight of Arkisys to demonstrate the Universal Interface Adapter

In 2023, Arkisys plans to launch Applique, a universal interface adapter designed to connect any spacecraft payload, using a variety of common interface standards and protocols. Funding for the mission comes from the Pentagon’s Defense Innovation Unit, which granted Arkisys $17.5 million in other transaction authorizations in 2020 for a range of projects.

“It’s a system-on-chip design, which allows us to connect any external payload to the inner workings of our port,” said Dan Lopez, Chief Strategy Officer of Arkisys. SpaceNews. “You can connect a robotic arm, a multispectral camera, a synthetic aperture radar instrument, energy, solar panels to anything: propulsion, launchers for small or cubesats, metal recycling.

In addition to securely connecting payloads on Arkisys Port Module platforms, Applique is an integral part of the company’s Digital Twin, which Arkisys is also developing with support from DIU.

Arkisys was founded in 2014 by former UrtheCast vice president Dan Lopez and David Barnhart, director of the Space Engineering Research Center at the University of Southern California. The company develops standard port platforms to serve as connection points for commerce in low Earth orbit.

To ensure that client payloads can connect to the port, Arkisys created a digital twin. Before customers send payloads into orbit, they receive an Applique device, which they use to remotely connect to the cloud-based Digital Twin via a secure connection.

The virtual link ensures that Arkisys is ready to integrate the customer’s payload into the port once it reaches orbit, Lopez said. “That’s the way to speed things up,” he added.

When developing the interface connector, Arkisys worked with Germany’s iBoss Space and Novawurks of Los Alamitos, California, companies that have developed hardware and software interfaces for space applications.

“Everything we work on is meant to scale, while being simple and easy for customers to integrate, encouraging and accelerating innovation on many levels,” said Rahul Rughani, System Engineering Manager at Arkisys, in a press release.