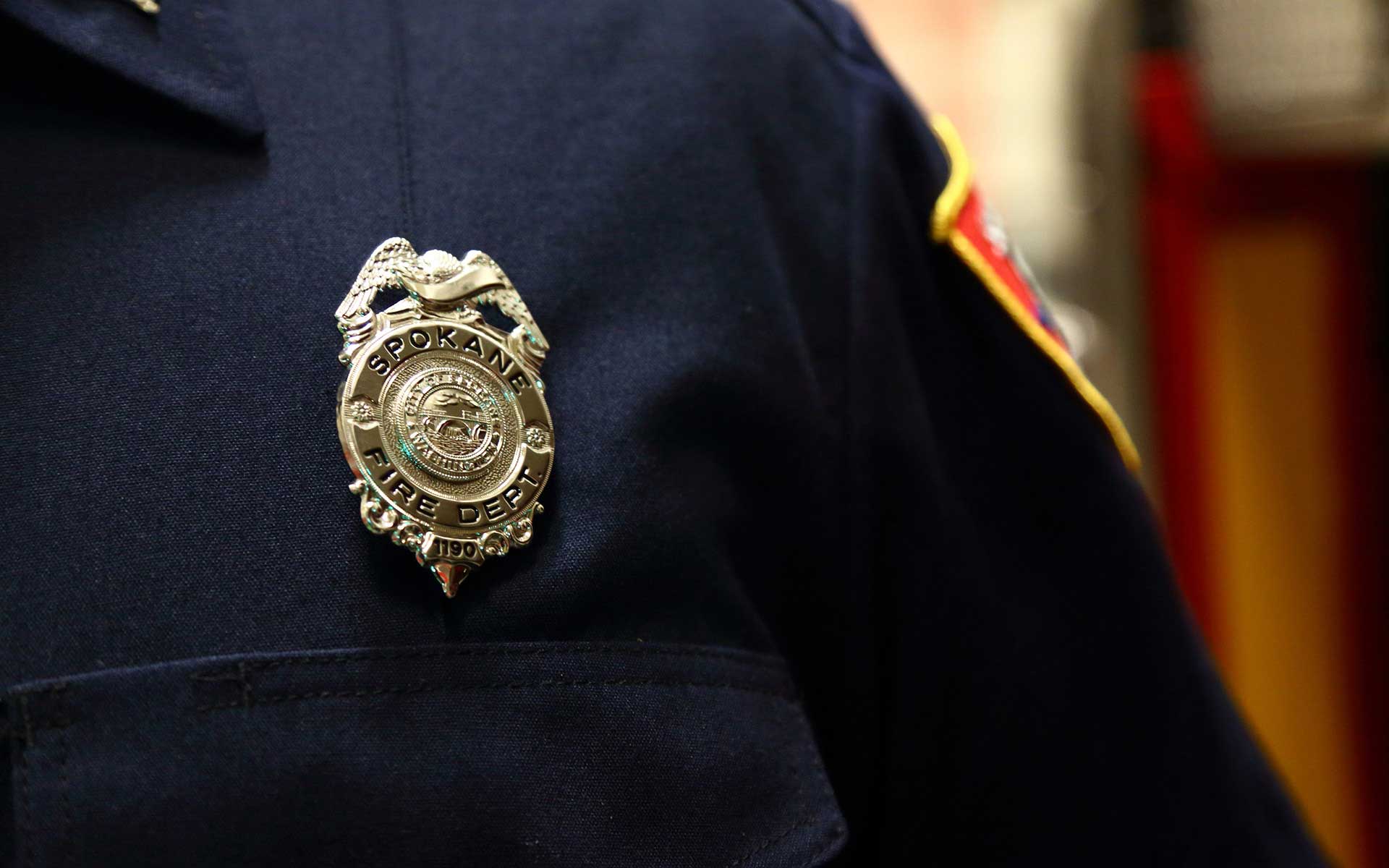 On Friday, April 8, 2022, at 4:59 p.m., the Spokane Fire Department (SFD) was dispatched to a small brush fire believed to have been near the intersection of South Russell and Highway 2. The incident was very close to Spokane Fire Station 6, which allowed the company to quickly discover a 1/4 acre wild terrain urban interface (WUI) fire that was wind-driven and moving rapidly. Recognizing that the fire was moving east and threatening multiple homes and their primary means of escape, the incident was enhanced to include a greater response from the mixed fire service resources needed to protect citizens and extinguish the fire.

Additional personnel and resources from subsequent alarms were strategically placed to protect structures and indirectly attack the fire. The aggressive strategy and efforts of the firefighters succeeded in stopping the fire’s progression, protecting property and, above all, saving lives. Thanks to the intense efforts of 68 firefighters yesterday, overnight and this afternoon, the fire was extinguished with no injuries or material loss. The fire was contained to 26 acres by the end of the night shift (4/8). All 24 structures and plots within the perimeter of the fire have been protected and remain intact this afternoon. A small localized fire of 1/10 acre was discovered this morning and quickly extinguished by MNR firefighters monitoring the lines.

Like most fires involving the forest or WUI, weather played a crucial factor in this event. Firefighters had to contend with sustained high winds into the 30s with recorded gusts of up to 45 mph. Despite the low temperatures (50s), the relative humidity during the rapid fire growth was only 16-19%.

The cause of the fire was a grown man using a torch. The Spokane Police Department has made an arrest in the case. More information will be available as investigation details are pending.

This incident highlights the dangers of WUI incidents within the Spokane community. SFD continues to invest resources to support a fire-adapted community that is engaged in aspects of our ecosystem such as infrastructure and building planning, landscaping, urban forestry, and policies that aim to reduce fire. need extensive protective actions and allow us to accept fire as part of the surrounding landscape.