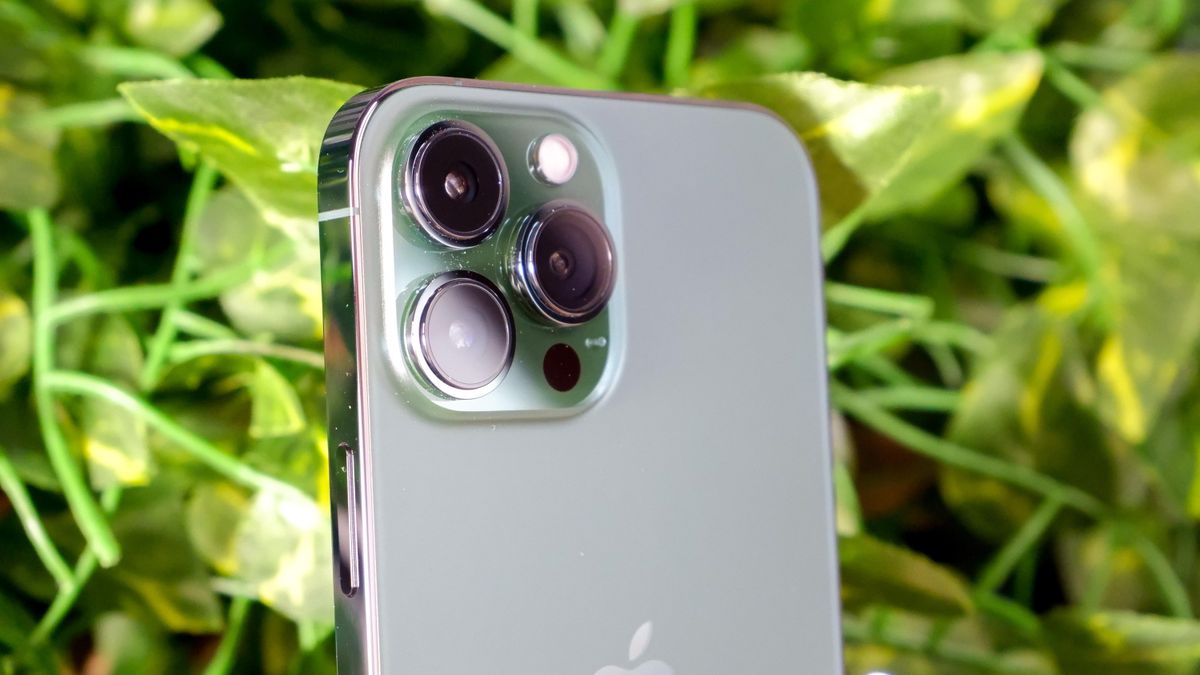 Using your phone in the rain is something best avoided. Not because it’s likely to be harmful – the best phones offer high levels of water resistance these days – but because it’s a completely miserable experience.

Water on the screen generates a lot of false touches, and something as simple as writing a short text message can turn into a tedious war of attrition as phantom words pop up without warning.

It looks like Apple has a patent pending that might fix the problem. First spotted by Forbes (opens in a new tab)the patent (“Changing the functionality of an electronic device during a moisture exposure event (opens in a new tab)”) explains how the pressure and humidity sensors built into the iPhone can detect water and adapt the software to make it easier to use in harsh conditions.

For a little rain, it could be done in two ways. First, the interface could physically change, making the buttons larger or more spaced out, reducing the chance of hitting the wrong one by mistake.

Obviously, that’s hard to achieve with a 26-letter keyboard, so Apple has another trick up its sleeve: adjusting the pressure sensitivity. Essentially, a future iPhone could adjust the amount of force needed to register a touch, meaning that raindrops don’t register, fingers do.

The patent is more ambitious than just dealing with a bit of rain though, with the patent describing a fully submerged “underwater mode”. This would not only simplify the user interface further, but could even display your current depth to show you how close you are to exceeding the phone’s water resistance limits.

For me, on paper, none of these things would make me want to actively use my phone in the rain, but I certainly appreciate the intention, because there are times when you just don’t have a choice. . Sometimes you need to send an urgent message, rain or shine, and some of the best photography opportunities come in harsh weather conditions. And that’s not even mentioning the impact of sweat on screens after a workout.

Still, it’s worth remembering that this is just one patent, and while some end up making it into commercially available products, there are plenty that don’t succeed.

Still, it’s good to hear that Apple is aware of the annoyance that a little rain can be annoying when you urgently need to use your iPhone, and is looking to mitigate that as much as it can. .

Next: With iPhone 14 and iPhone 14 Pro on the horizon, you can read the supposed biggest changes for the Camera iPhone 14.