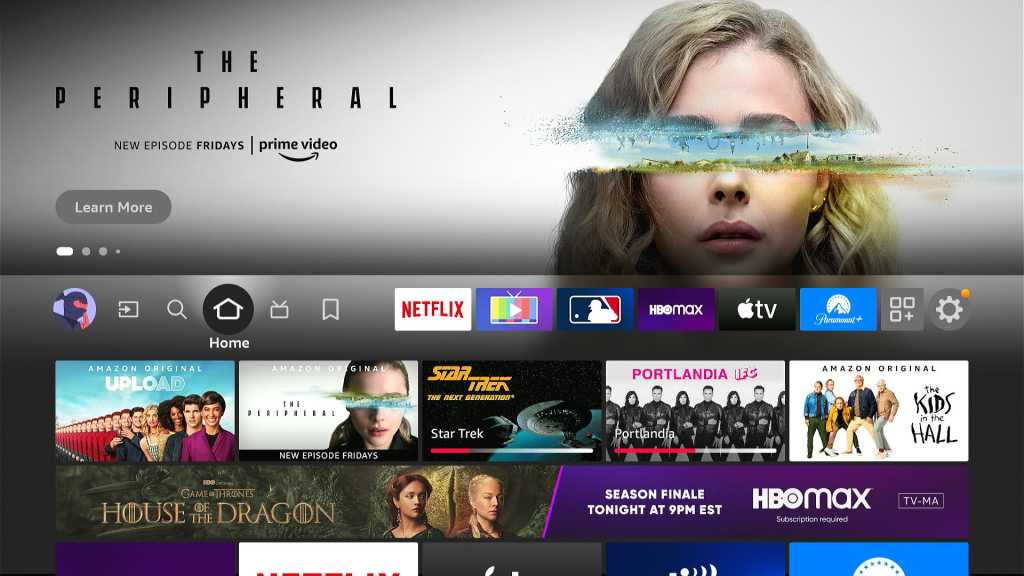 The Fire TV interface is broken. Here’s how Amazon should fix it

Read my review of Amazon’s latest Fire TV Cubeand you will find therein a story of tragedy.

The third-generation Cube is a powerful streaming box full of cool tricks. You can control it hands-free with Alexa, plug in a wide range of USB accessories, and even feed video from a cable or satellite box through its HDMI pass-through ports. The remote is also a step up, with a useful “Recent” button for switching between apps.

Yet all of these technological achievements undermine the Fire TV interface, which remains a confusing, chaotic, advertising and self-promotional mess. Like other streaming platforms make great strides in usabilityAmazon is falling even further behind.

So, in the interest of constructive criticism, here are a few entirely unsolicited ways Amazon can and should do better:

Advertising banners have been a long-standing annoyance on the Fire TV home screenbut they got even worse afterwards a major overhaul last year. Now, the first ad appears in front of the “Recently used apps” section, causing those apps to disappear when you’re on the top row of the home screen.

While I agree that ads help subsidize Amazon’s cheap streaming hardware, letting them obscure essential parts of the interface is going too far. Amazon should remove that first ad, demote it further down the home screen, or come up with a new ad system that doesn’t get in the way of browsing.

Apple TV and Google TV (and soon Roku) have lines on their home screens to pick up where you left off. When you watch a show in a supported app, it appears in this row, so you can click on it and start watching without remembering which show is from where.

Fire TV’s own “Recently Watched” line is virtually worthless by comparison, as it only works with shows from Prime Video. Amazon needs to get over itself and open this section to other apps, such as Netflix, HBO Max, and Hulu.

I often call the Fire TV interface “chaotic” because you have no say in what appears there. Suggestions for apps like Netflix and Tubi don’t appear in any particular order and with no option to signal that you’re not interested in a particular app or service.

Google TV leads the way here by letting you choose which streaming services can suggest content on the home screen. You can even improve recommendations by voting on the types of shows you like. A little more control would go a long way to improving the Fire TV experience.

Related to the observation above, the Fire TV interface lets you pin six favorite apps to the top of the home screen for quick access. Some apps go even further by showing recommendations when you highlight them.

But the more I think about it, the more it feels like a band-aid measure to cover up Fire TV’s biggest flaws. A pinned apps section is only necessary due to the banner ad hiding your recent apps, the lack of third-party content in the “Recently viewed” line, and the inability to customize other parts of the screen of reception. The whole setup just needs to be reconsidered from scratch.

In June, Amazon replaced the “Home”, “Search” and “Live” buttons at the top of its home screen with icons, the purpose of which only appears when you highlight them. Web designers call it mystery meat browsing, and while it allows Amazon to cram more items into the top bar, it also makes the interface more confusing. Along with the app issue pinned above, it’s another sign that the whole top row needs a redesign.

On a system level, Amazon has no way of displaying the source of a movie or show you’ve highlighted on the home screen. The only way to see where it’s from is to click on its individual listing page, and even then you sometimes have to click a “More Ways to Watch” button to see a full list of available streaming sources. .

Amazon should watch the TiVo Stream 4K for inspiration, add a simple set of icons to its home screen descriptions to indicate the source of a movie or show.

Another reason why the Fire TV home screen looks overwhelming is because each row has an identical tile layout. Most streaming services have figured out that it’s best to shake things up with taller tiles, bigger posters, and circular spotlights. Even Amazon’s Prime Video app received an update earlier this year with more interesting visuals. The rest of the Fire TV interface should follow.

Although I’m far from a seasoned businessman, I learned one thing running a modest newsletter company is that too much aggressive self-promotion drives people away. It’s a lesson seemingly lost on Amazon, which I believe devotes almost a third of its home screen to Prime Video and Freevee content. Combine that with the excessive home screen advertising, and there’s not much room left for useful content.

Maybe Amazon has telemetry that proves otherwise, but I guess that relentless self-promotion makes people less likely to browse the home screen in the first place, and more likely to take shelter in apps individual. Amazon needs to imagine a better system that works for both users and its bottom line.

Subscribe to my Cord Cutter Weekly Newsletter for more information on streaming TV every Friday.