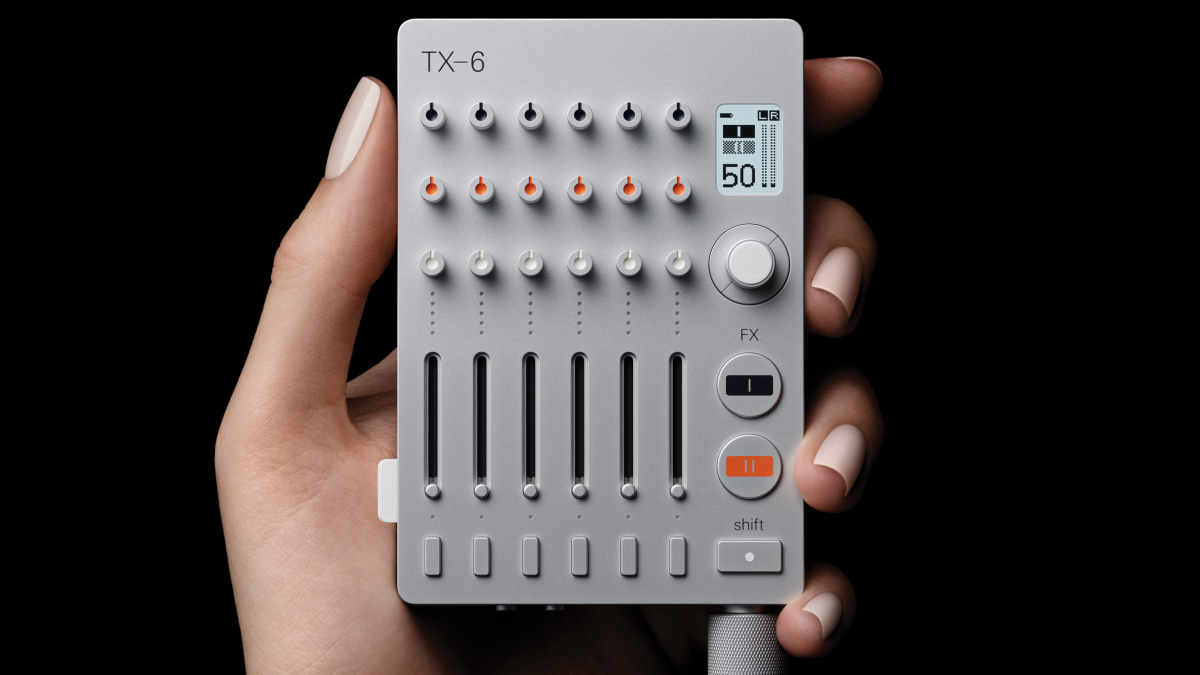 Teenage Engineering has announced the release of a new product, the TX-6 ultra-portable professional mixer. 6-channel stereo mixer with built-in equalizer, compressor and digital effects, the mixer can also be used as a multifunctional USB audio interface.

There are some nifty extras in the TX-6’s compact size, including an instrument tuner and a built-in tone generator that uses four waveforms and four drum sounds. The mixer is powered by a rechargeable battery, so it should be useful as a mobile mixing solution for live performances or outdoor music creation. It’s also equipped with MFi and BLE, so connecting to other portable devices will be quick and easy.

Armed with eight built-in effects, the TX-6 offers reverb, chorus, delay, freeze, band, filter, and distortion. Each of its six channels has its own three-band EQ and adjustable compressor. The mixer can also be flipped on its side and used in what TE calls “DJ mode”, where channel 1 becomes a fader that crossfades between channels 5 and 6.

The TX-6 is said to be the first in a series of products called the “Field System”, which, according to Teenage Engineering, are “designed with portability, compatibility and durability in mind” and “driven by a desire to redesign our approach to making music”. According to their press release, more devices and accessories in this vein are on the way.

The TX-6 looks great – but it’s expensive. Very expensive. At £1199, the TX-6 is just £99 less than the latest Macbook Pro M1. Most portable mixers with this spec cost around a tenth of that price. And if you’re looking for portable music-making capability, you can get an MPC Live II, with a similar amount of I/O and what’s essentially a full DAW inside, for over £300 less. That said, if you have the cash, it’s a nice piece of kit.