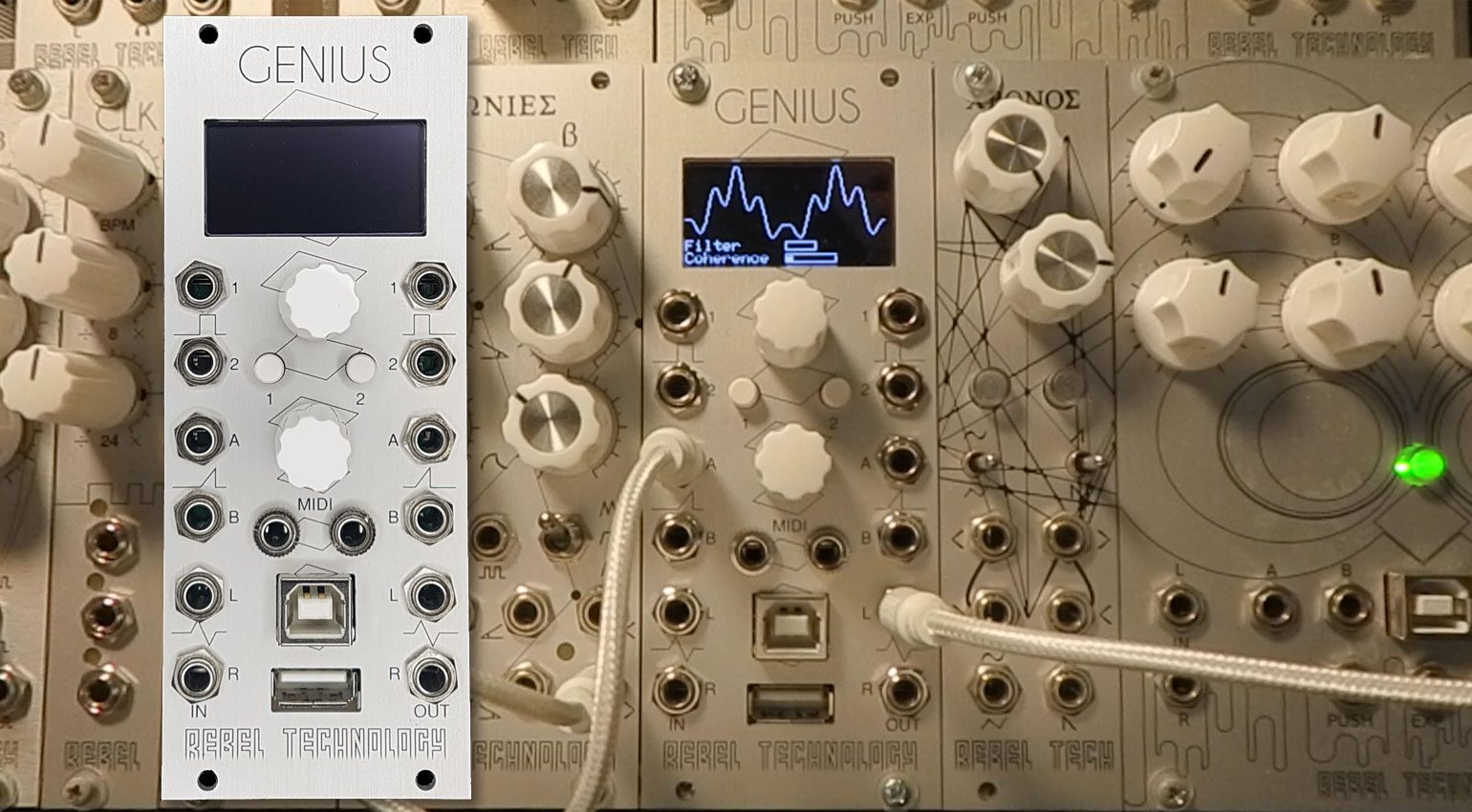 For a better experience on Gearnews, we recommend that you enable JavaScript.

Genius is a neat looking Eurorack module packed with DSP signal processing power and DC coupled USB audio and could be the evolution of the OWL platform.

Rebel Technology does not tell us much about this module yet. But we can make a pretty safe assumption that this is the next generation of the OWL DSP platform. Befaco showed recent developments with the Lich module and the Witch desk unit.

The idea with the OWL platform is that it is an open-source, community-driven signal processing platform. You can create any type of modular patch you like in the software which is then loaded onto the module for use in your Eurorack. They tend to involve LED screens and rather cryptic menu systems for accessing the various presets you can store inside. Genius comes with a rather nice 128×64 OLED display that visualizes signals and waveforms well while offering a much simpler interface. We saw this concept a few years ago with the Magnus Synthesizer Kickstarter, so maybe the ease of use of this box had an influence here.

Genius is also delightfully streamlined with just a few buttons and then audio and CV inputs and outputs. It has MIDI ports as well as USB ports on the front, including the ability to house a USB controller. USB audio functionality is built in so Genius can work as a USB interface with your computer and DAW. It can handle 24-bit 48kHz stereo audio over DC-coupled connections, meaning it also accepts slot-shift drive voltages in both directions.

It’s hard to say exactly what he’s capable of. It certainly has a more powerful 480 MHz ARM Cortex M7 microcontroller than the Lich.

2022-03-29
Previous Post: Human Machine Interface (HMI) Software Market Size and Growth by Major Key Players 2022-2030
Next Post: How to get the new Gmail interface the way you want