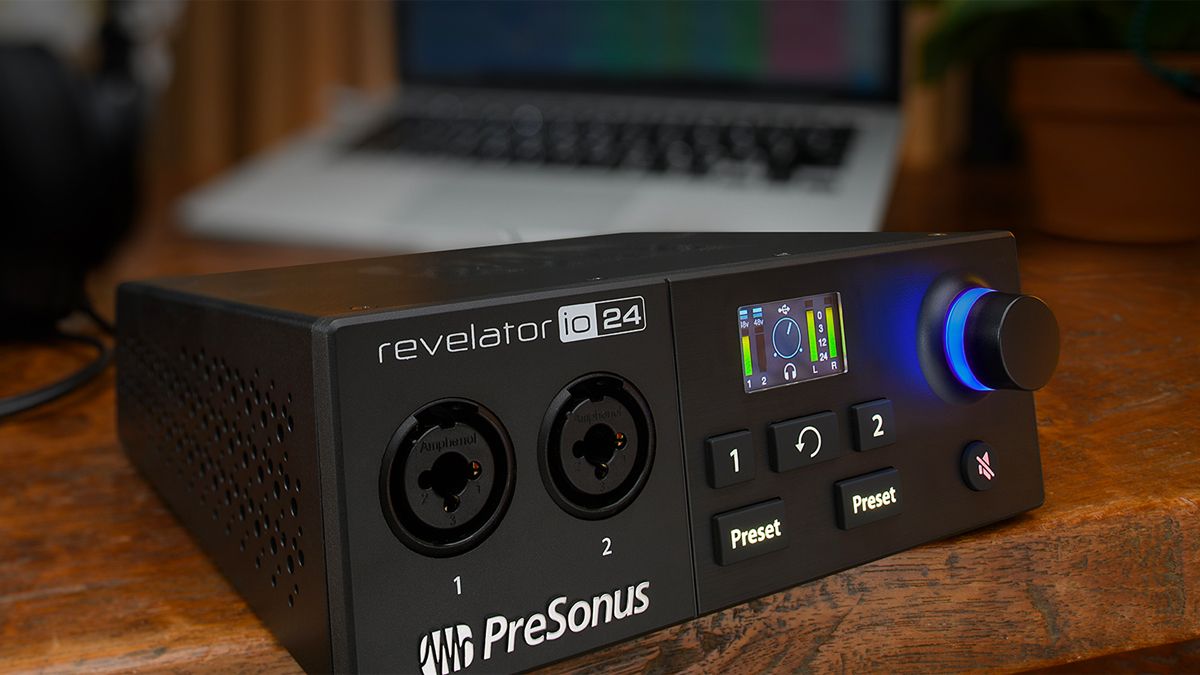 It’s a sign of the times that PreSonus has now seen fit to create a USB-C audio interface designed not only for recording, but also for live streaming and podcast.

The Revelator io24 offers two XMAX-L mic preamps, as well as instrument and line inputs, but that’s not really the story here.

The feature that will appeal to live streamers and podcasters is looping – two dedicated stereo looping channels allow you to mix audio from two different applications with the io24’s two input channels ready for streaming and/or or recording simultaneously.

You also have DSP built in – there are dedicated presets for guitar and vocals, plus effects that let you emulate a concert hall, AM radio or even a Venusian armada. Plus, the io24 can be used standalone – just plug in an SD recorder or DSLR and take it anywhere you want, without a computer.

The io24 has built-in input and output monitoring, and the mixer also lets you create a latency-free monitor mix. There are iOS, Android, and Windows apps for adding touchscreen control, and the Studio One Artist DAW is included.