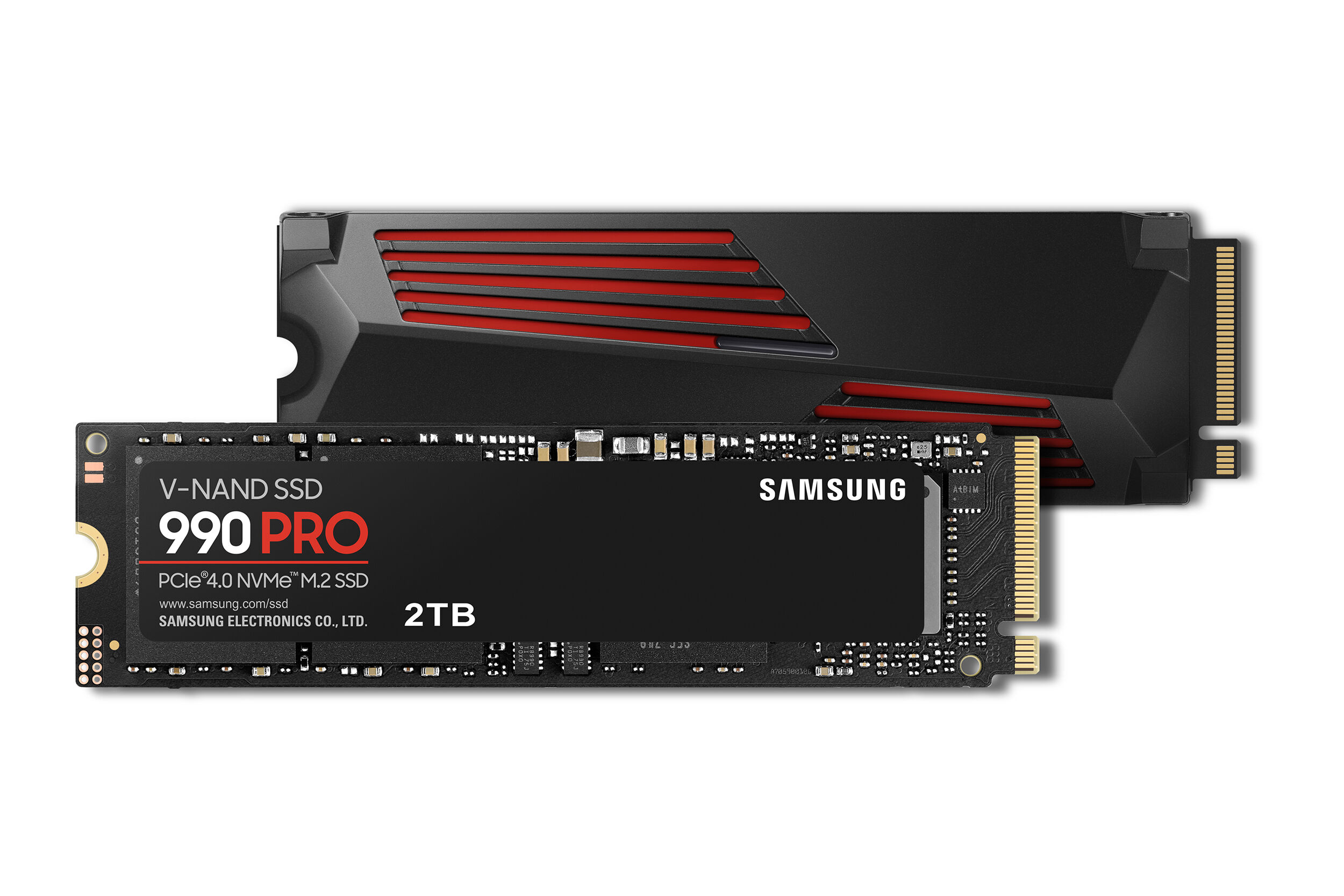 Samsung now offers an even faster SSD: the 990 Pro. Let’s see what it has to offer.

After the excellent 980 Pro, the announcement of which dates back to 2020, make way for the new generation. And, if there is one sector in which we expect notable improvements in performance, it is that of SSDs. Samsung has therefore unveiled the 990 Pro.

The 990 Pro is intended for a specific use. First of all, this is not an Evo branded SSD, it is specifically designed for 3D rendering, 4K video editing, data analysis and other tasks that require constant disk access for reading and high speed writing. Samsung didn’t specifically mention if it’s compatible with the PlayStation 5 (which can accept third-party SSDs if they’re fast enough), but the older Samsung 980 Pro worked with the PS5, so it’s a safe bet .

Pushing the PCIe 4.0 interface to the limit

The performance increase is more significant for random 4K transfers, Samsung claims up to 1.4 million read IOPS and 1.55 million write IOPS. Here the 990 Pro is up to 55% ahead of the 980 Pro and also outperforms the SK Hynix Platinum P41. The bottom line is that the 990 Pro should deliver” the highest speed currently available through the PCIe 4.0 interface “. We will now have to wait for independent tests to show if this is also the case outside of standard benchmarks.

Regarding NAND flash memory, the manufacturer speaks of ” latest V-NAND technology suggesting the seventh generation (V7) of 176-layer TLC-3D-NAND. This explains the significant increase in write throughput. Additionally, the NAND interface has been accelerated from 1.2 Gb/s to 2.0 Gb/s.

The SSD is also up to 50% more power efficient than the 980 Pro. Samsung will sell the drive with and without a heatsink – the latter option has RGB lights, which will reassure PC builders with dodgy taste.

However, it will be necessary to wait before the Samsung 990 Pro is available. Pre-orders for the 1 TB model are around 175 euros and the 2 TB model around 325 euros. There is talk of a first availability in October 2022, while a model with a storage volume of 4 TB would be offered in 2023.

To follow us, we invite you to download our android and iOS app. You can read our articles, our files and watch our latest YouTube videos.