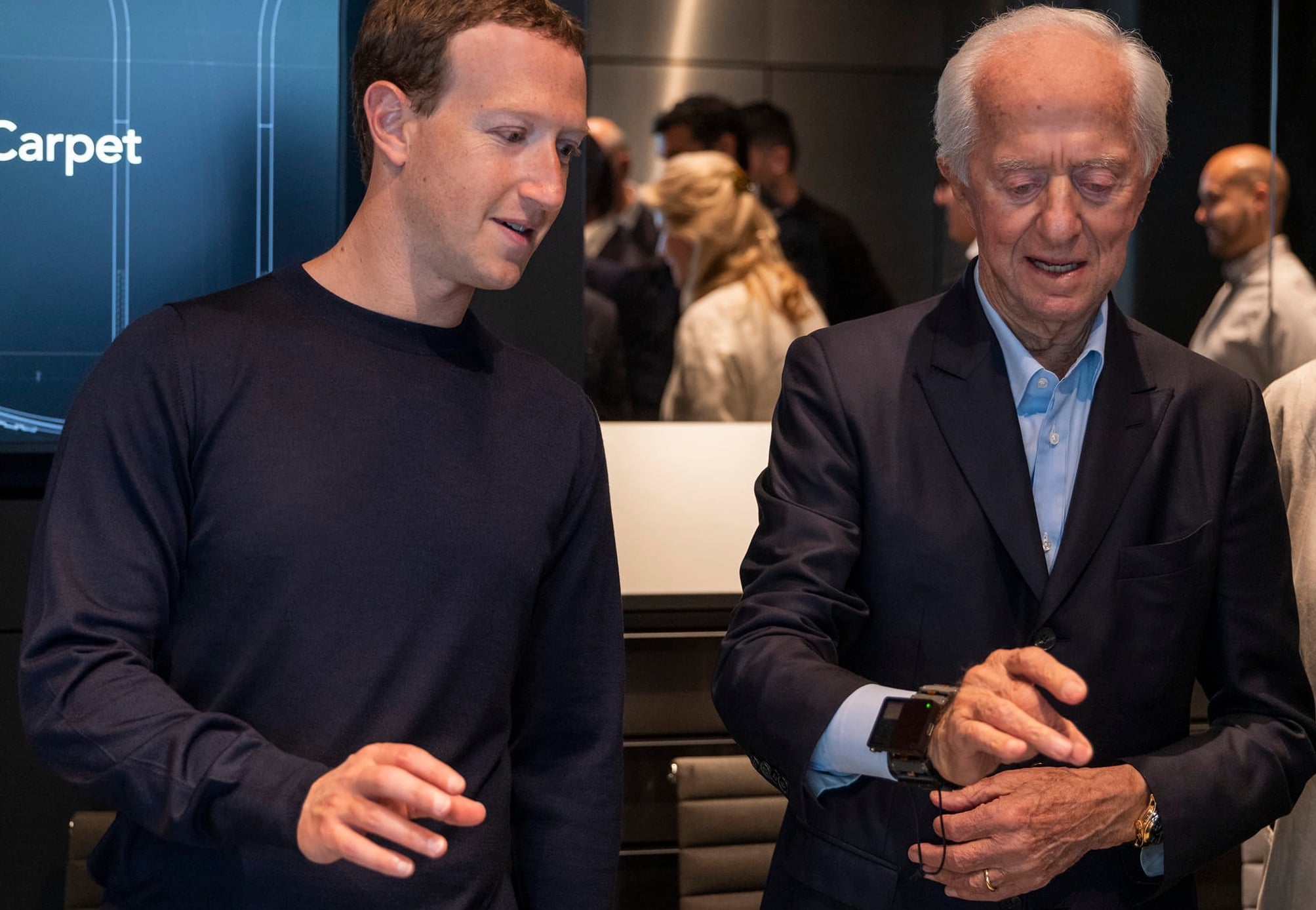 “It’s great to be back in Milan to discuss new smartglasses plans with Leonardo Del Vecchio and the EssilorLuxottica team,” he posted on May 4.

“Here, Leonardo is using a prototype of our EMG neural interface [electromyography] bracelet that will eventually allow you to control your glasses and other devices.

Facebook – which now falls under parent company Meta to also include What’s App and Instagram – has changed its name to align with its plan to create a ‘metaverse’, which it describes as the next evolution of social connection. .

He believes wearable technologies such as smart glasses will become gateways to the metaverse, allowing wearers to interact in a virtual world integrated with reality.

The first step in this journey was the launch of Ray-Ban Stories last year, with EssilorLuxottica, which allows users to record audio and video with a single touch.

In a blog post last year, Meta revealed plans to develop a wristband that would control augmented reality glasses, allowing users to interact with a virtual world using finger movements. Zuckerberg’s meeting with Del Vecchio provided a glimpse of what the technology could look like.

Ray-Ban smart glasses bridge the gap between technology and fashion