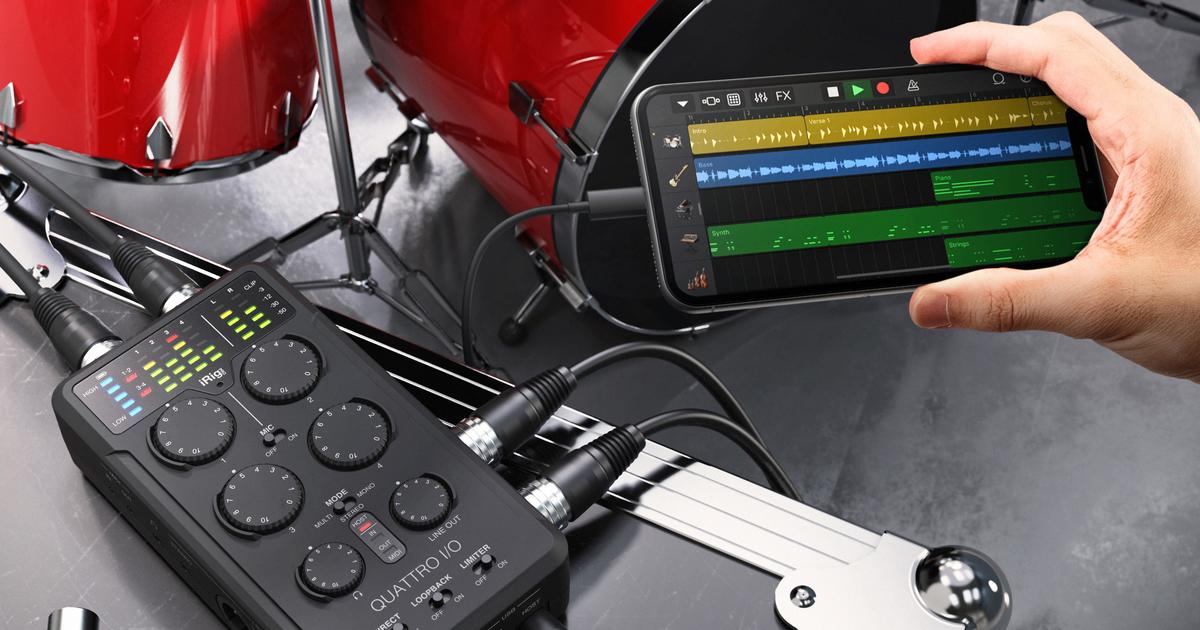 IK Multimedia has added something of a Swiss army knife audio interface to its iRig range. The 4-in/2-out Pro Quattro I/O is aimed at musicians and digital content creators, and promises broadcast-quality results in the studio or in the field.

It is compatible with devices running iOS, iPad, Android, Mac and Windows operating systems, and can also be used as a mic preamp or line mixer for DSLR cameras. And up to 24-bit/96kHz analog-to-digital and digital-to-analog conversion is included.

A built-in MEMS microphone also allows any mobile device or laptop it’s plugged into to become a pro-level field recorder. Rather than recording to SD card media or including internal storage, IK opted to simply require the user to record audio files directly to whatever device the Pro Quattro I/O is connected to. connected, then up to cloud storage if needed, which could simplify setup. and save time on the whole project.

Audio can be mixed to stereo or mono tracks for quick and easy social media streaming, or up to four audio sources can be routed to individual channels for fine-tuning via music production software running on a computer or a smartphone. A limiter has been included to prevent clipping issues, and a looping feature allows users to add calls, music or digital effects to the stream.

The iRig Pro Quattro I/O is priced at US$349.99 and comes with a bunch of cables, a set of AA batteries, and IK apps like AmpliTube 5 SE and T-RackS 5 SE. The Deluxe version adds two iRig Mic XY condenser capsules, windshield, power supply, and carrying case for $449.99. The video below has more.