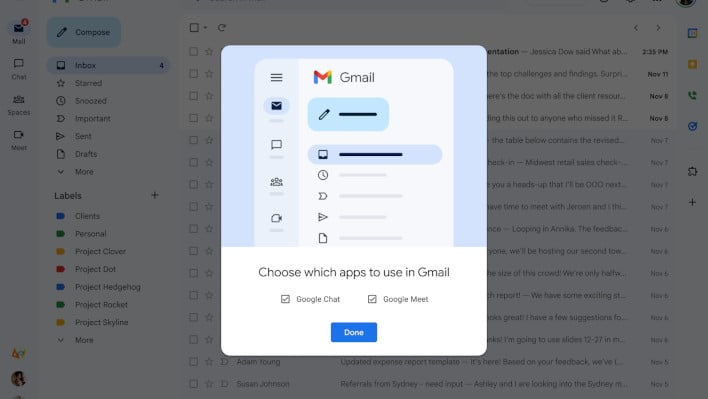 On April 1, 2004, Google announced that it would roll out its email service. The mail service was aptly called GMail. The web-based email client initially brought a new style of email management.

Originally developed by engineer Paul T. Buchheit, GMail bypassed a typical email standard that often built its structure around folders. GMail had labels, a new way to organize. Labels can be used in the same way as a folder, but you didn’t have to move messages out of their place in the inbox if you didn’t want to. This allows you to have as many labels on as many posts as you want, in data association this is called “many to many”. Also, if you remove a label, you won’t lose any messages that have that label applied. For those used to traditional email clients, such as Hotmail, Yahoo, Outlook and others, this is far from the norm. Most of us have some sort of horror story of accidentally deleting a folder and losing hundreds or even thousands of messages that we didn’t actually want to delete. That said, GMail has offered a bit of respite for many users facing these kinds of issues. 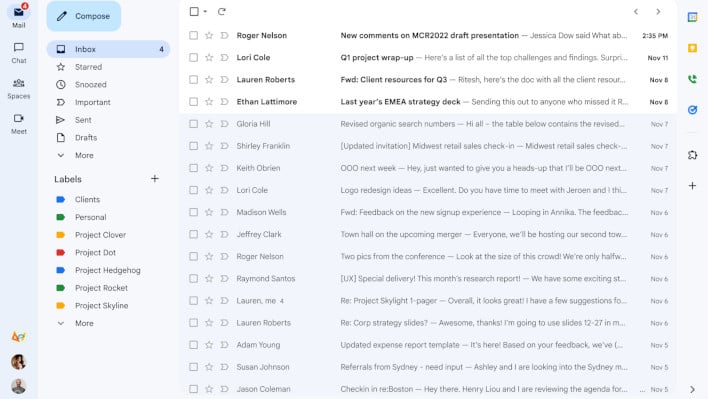 Of course, this was only the first of many online services based on direct user interaction offered by Google, surprisingly most of which are still free. Services like Google Meet, Calendar, Docs, Sheets, Presentation, Drive, and others are all available to users with a basic Google Account. These services have seen many changes over the years, but sometimes if you have a slow internet connection when loading GMail, you will be asked if you want to load the “HTML Version”. This HTML version still looks and functions very similar to 2004. Today, Google announced that a new interface change is finally rolling out to all users. The main driver behind this particular interface change is a better interface and interaction between GMail and the other services offered by the Alphabet Inc. organization. For the most part, the actual interfaces for email interaction remain the same. However, some features have been changed or outright replaced. If you let your eyes wander from father to left in some of the available screenshots, you’ll notice a new left bar menu. This new sidebar is the major update here. It is quite easy to see from the screenshots what they provide. We’ll start at the bottom because for many users they have more than one Google account, and you can very clearly see that there are simple single button links to multiple accounts, similar to clicking on your icon at the top right of most Google service pages. Now, if you direct our eyes to the top of that left bar, you’ll see a list of common communication navigations. First of all, Mail, you are in GMail after all, why wouldn’t you be in Mail? Then you have Chat, it’s the replacement for Hangouts and it’s a direct messaging or group chat feature. After chat, there’s Spaces, which is a bit like chat rooms. If you haven’t tried the new Google Chat service yet, you can see it almost like a live chat thread. You can start “conversations” in rooms where other parts of the room can respond to each conversation. Slack and Discord users can probably equate this similarly to threaded conversations, but as a default feature.

Finally, we have Meet, which most people are familiar with. Google Meet is a face-to-face web meeting app that also supports a number of fairly popular features. The cool thing about Meet is that it actually has some of the largest capacities and time limits for virtual meetings, compared to competitors like Zoom, WebEx, and GoToMeeting. 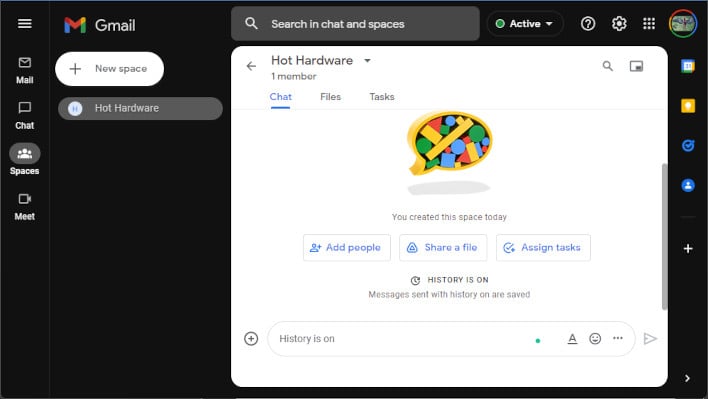 Google’s full announcement and more details on what to expect can be found on the Workspace Updates blog. These features are already rolling out to nearly all users except those grandfathered into older Google Workspace features. You have the option to opt out via the main settings menu if you do not wish to. But be aware that if it looks like previous updates, at some point you will probably lose this option.