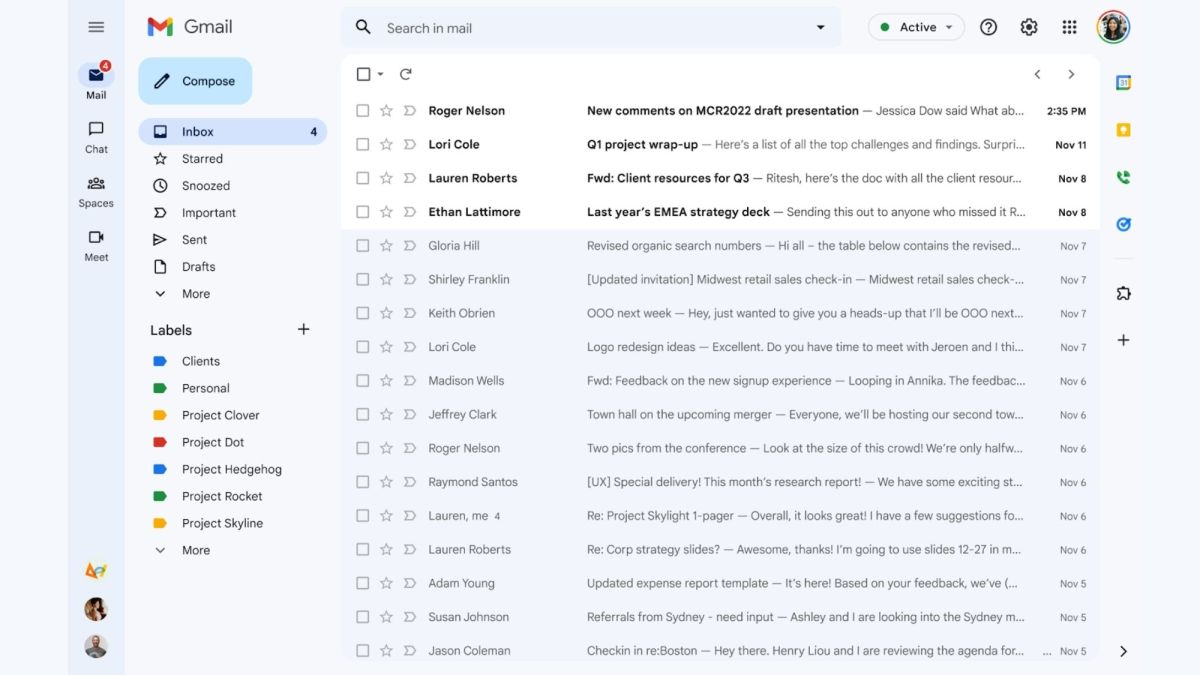 In February, Google unveiled a new Gmail interface, which seemed simpler and clutter-free. Starting this week, Google will roll out the new interface experience to a select number of Gmail users, the company announced in a blog post.

The changes included splitting Mail, Chat, Spaces and Meet into different sections set up in a new location instead of cramming them into a single column, which is the current layout.

The new interface is being rolled out to a few users and should be more widely available in the coming months. Although the new user interface is set as default, Google still allows them to opt for the traditional interface with the click of a button. If not, they can always adapt it to the classic messaging interface through the messaging settings menu. The Quick Settings menu allows users to access the new interface if they wish.

The new navigation menu aims to allow users to easily switch between inbox, chats and spaces or start a video call, all of which can now be seen in a separate column. This saves users from launching multiple windows or new tabs.

The new layout is aimed primarily at Google Workspace users; if you’re a regular Gmail user, you’ll get the standard interface for now.

For others, Gmail will allow the services they want to configure in the new interface. Users here can choose to opt for Google Chat or Meet, or they can always choose to have only the messaging client. Google further notes that users will experience its Material You design features on the Gmail client with the new interface.

The rollout of the new interface has just begun to select users from June 28, so if you’re one of them, you should soon see the feature reflected in your Gmail account. As this is a gradual rollout, you may not see it yet.

In addition to Google Workspace Essentials users, all other Google-associated accounts will soon be able to see the new feature on their Gmail clients. Although the rollout is limited to desktop clients at the moment, it should be coming to mobile devices soon – Gmail is one of the best email apps available, especially for Android.

Not so long ago, Google integrated its Meet client into its native Gmail app right after the integration into the desktop client. Here’s our handy guide for all the details.