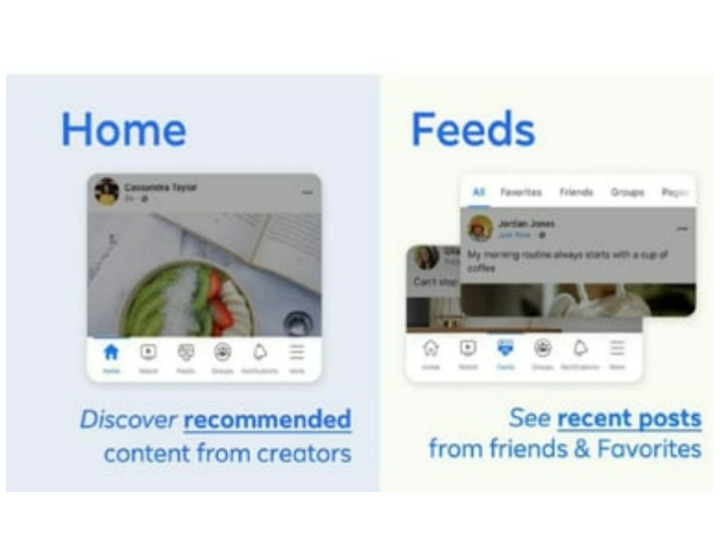 Facebook app update: Meta has been monitoring the Chinese short video app Tiktok for a long time. After the banning of Tiktok in India from the year 2020, the lottery of Meta started. Taking the opportunity, Meta offered the Reels feature on Instagram. The Instagram reel feature has now replaced Tiktok in India, but Meta seems unhappy. Meta has also changed the facebook app interface after which the facebook app looks like tiktok. Let us know more details about this new Facebook app design.

A new update is coming to the Facebook app soon, after which a new home tab will appear and friends’ photos, videos and statuses will be visible in this home tab. Updates to liked and followed pages will also be available in this home tab. Suggestion messages will also appear in this tab and here you can also see messages related to Facebook browsing history. Overall Facebook app will now look like TikTok and Facebook will also become like Instagram.

New update released from next week

A new Facebook app update will be released starting next week. After the new update, an issue will become that if any of your friends post after a long time, the chances of their post appearing on your timeline will be significantly reduced, as the Facebook app will now run on a completely new algorithm. . Facebook will now show content based on your search and interests. After the new update, you will also see many shortcut buttons.

Why is the case of Fake News increasing? Revealed in research, know the reason here