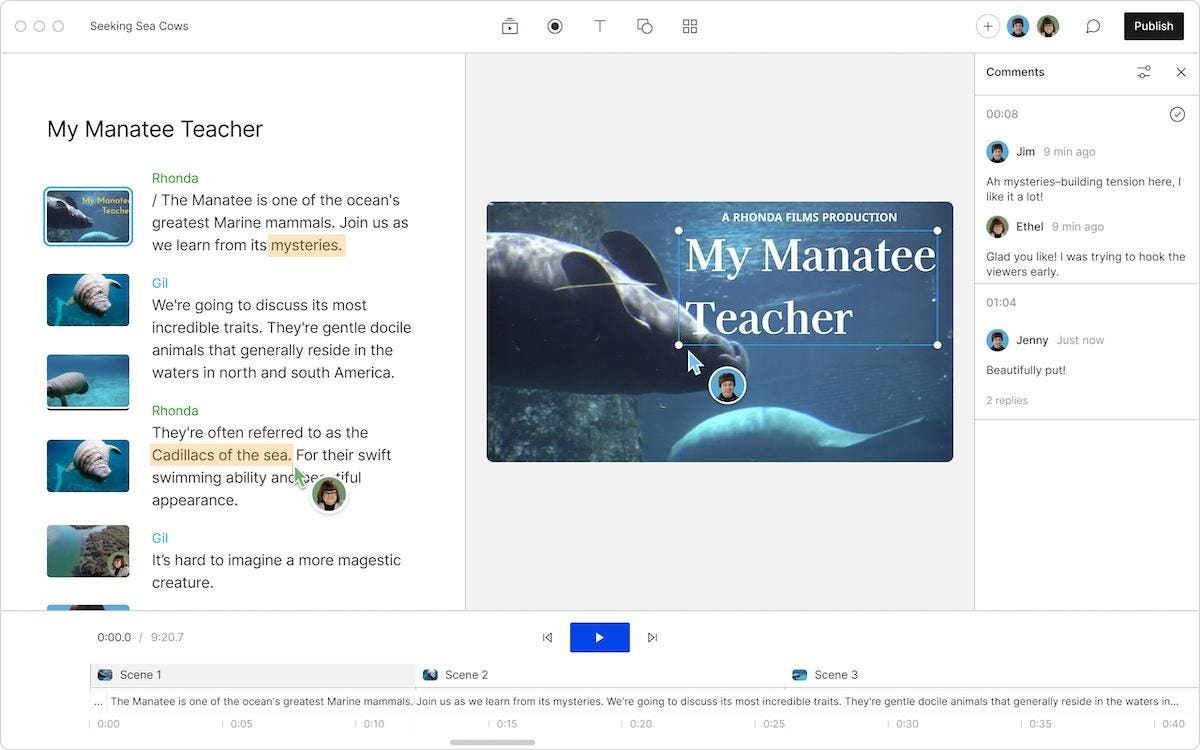 Description launched a revamped interface for its desktop app designed to simplify the often mysterious process of audio and video editing for non-specialist creators and businesses. The five-year-old San Francisco-based company also announced that it had raised $50 million in a Series C funding round led by the OpenAI Startup Funds.

The company touted the new interface as “its biggest product update ever”. The Descript app works on both Windows and Mac and can be used offline for downloaded projects, but does most of its work in the cloud, boosted by AI tools.

“The stage is set for video to take its place alongside text as something everyone uses to create and communicate – the only things holding it back are tools,” Descript CEO Andrew Mason said in a statement. “With the new Descript, we’ve replaced the drudgery of timeline editing with a tool as familiar as a word processor – so you can create, edit and share videos without interrupting your creative flow.”

The biggest change is the move to what the company calls “Scenes”, as part of its larger update to the “Storyboard” interface. Rather than forcing editing through a traditional timeline of audio and/or video tracks, each scene represents a piece of dialogue to which an image or video is attached. Scenes can be rearranged and the text in them can be edited, thus shortening the attached image or video.

Other new features include:

The program also has simplified functions to improve recording quality, the ability to automatically remove “filler words” such as “you know”, conversion to vertical and square social media formats, as well as subtitles , screen and webcam recording and collaboration capabilities. .

The pro version costs $30 per month, and many gee-whiz features are only available through this subscription level.

The program is part of an emerging class of AI-powered content creation tools designed to reduce barriers to entry and complexity for non-specialists. Many are part-time creators or have this responsibility as part of their professional duties, especially in smaller organizations. The program can be used to edit video content or audio-only projects such as podcasts and audiograms.

For these classes of content creators, whose numbers are burgeoning on the Internet, powerful professional software packages from companies such as AppleAdobeBlackmagic Design, Avid, may be more than necessary.

Also of note is the company’s latest round of funding, a particularly large increase in an unfavorable economic climate for tech companies, with layoffs and spending cuts affecting even the largest companies. The $50 million Series C round brings the amount of investment capital Descript has raised to $100 million. The company’s latest round backers include some of the biggest names in tech.

The lead investor is a fund backed by OpenAI, a non-profit organization focused on integrating artificial intelligence for creative purposes, including with its DALL-E 2 text-to-image generator. The organization is backed by MicrosoftKhosla Ventures and LinkedIn founder Reid Hoffman’s charity fund, among others.

“We launched the OpenAI Seed Fund to accelerate the impact that businesses that rely on powerful AI will have on the world, and we’re especially excited about tools that empower people to get creative,” said said Brad Lightcap, chief operating officer of OpenAI, which manages the seed fund. “It’s clear from using Descript and talking to clients that Descript is breaking down the barriers between idea and creation by extending video editing capabilities to a whole new class of creators.”