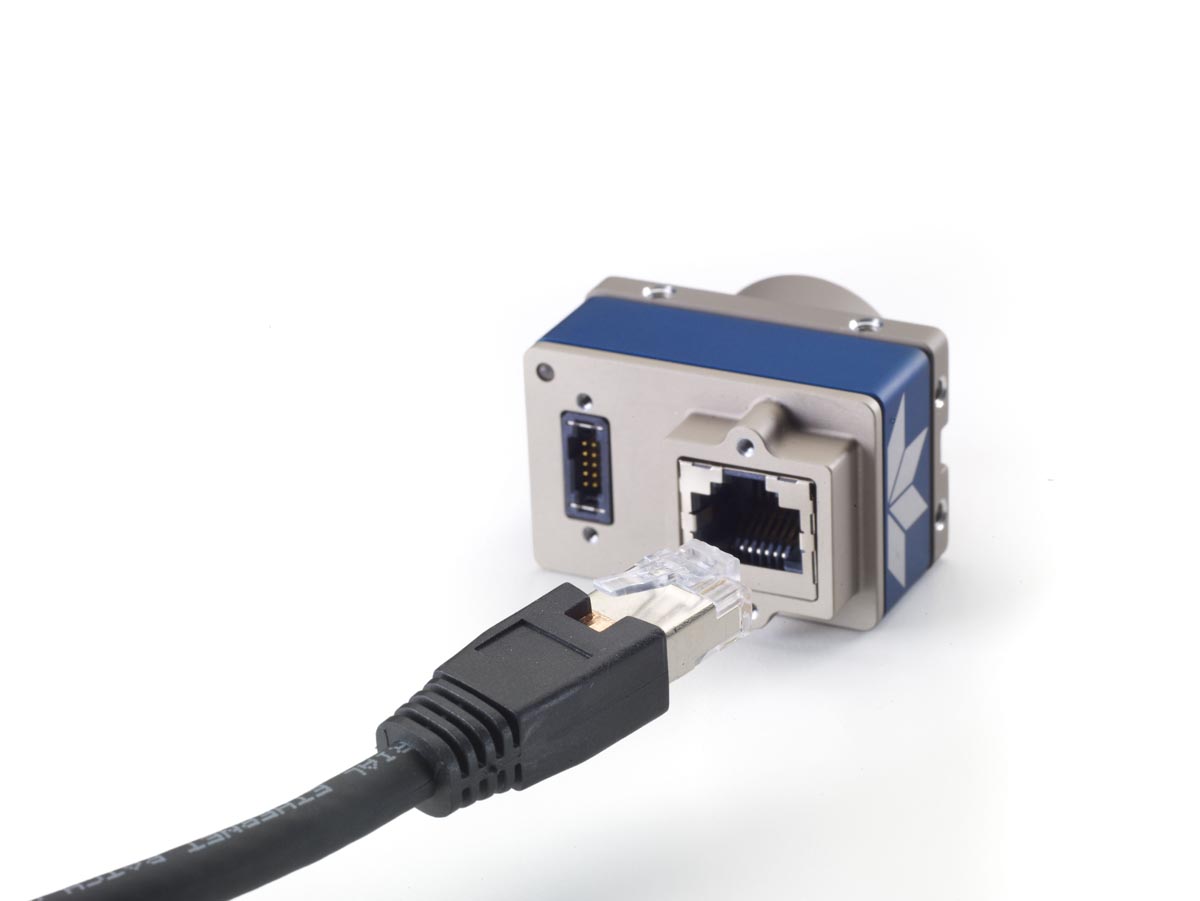 Integrators face a fast-moving picture when it comes to choosing the right interface for their vision system, says Tim Gillett

Leaps and bounds in Industry 4.0 have led to a rapid growth of opportunities in the machine vision market in recent years, with inspection and safety products seeing widespread commercialization, particularly in the manufacturing sector.

The rapid growth of smart manufacturing technologies around the world has led to an increased demand for vision systems that can automate and inspect quality control. This trend has spurred growth across the machine vision industry; The global industrial camera market was valued at $12.9 billion in 2021 but is expected to grow over 5% over the next decade with an estimated global value of $21.5 billion by 2031.

According to a survey of the machine vision market conducted in June this year by Transparency Market Research: “An increase in the need to monitor harsh environmental conditions to prevent accidents in industries such as mining is increasing the demand for cameras industrial security cameras, industrial CCTV cameras, and industrial inspection cameras.

“Furthermore, the advent of Industry 4.0 has brought about rapid changes in the manufacturing sector, with the development of new augmented networking systems across the world. This opens up lucrative opportunities for industrial camera manufacturers to introduce highly improved industrial camera systems for end-use applications.

Drivers – more complex equipment, more varied markets
With the general growth of the vision industry and its widespread use in increasingly diverse applications, the focus is on the plethora of interfaces used to connect cameras and the larger systems in which they are used. .

The last decades have seen the development of various interfaces, guided by scientists and industrialists to define, maintain and standardize them. Vision system users were also instructed to keep up to date with relevant information regarding the capabilities of each interface to ensure they made the right purchasing decisions.
machine vision equipment – ​​not an easy task given the rapidly changing market and the ever-increasing number of new applications for vision systems.

While industrial and scientific cameras have evolved impressively in terms of speed, quality and improved sensor design, the use of the right connectors and cables in vision systems continues to increase and push the boundaries of applications. imaging with higher bandwidths and more reliable data transfer.

Different requirements
According to Eric Bourbonnais, Software Designer at Teledyne Dalsa and Chairman of the Automated Imaging Association’s GigE Vision Committee, for users – and, in particular, for buyers at industry integration companies – the key aspect to understand is that there are a plethora of options when it comes to interfaces, and the choices made depend a lot on the requirements of the job at hand.

He added: “Of course, one has to take into account that camera technology is changing rapidly – not just at the sensor design level, but within the camera interfaces themselves. Ethernet capabilities are also growing. quickly, and processor advancements mean there are new, faster ways to manage data and take advantage of an internet that is constantly improving in terms of speed and reliability.

“We, and the industry as a whole, are introducing new connectors and cables to vision systems, helping to push the boundaries of imaging applications with higher bandwidths and more reliable data transfer. It is important for the industry to build on and improve on what has already been developed, developing standard equipment and scalable systems that are already in place.”

Key Interfaces
The simplest interface – largely due to its ubiquity and long history – is the universal serial bus, commonly known as USB. The interface has been in use for over 25 years, and to this day most personal computers come with at least two USB3 ports as standard. Obtaining or replacing USB parts is easy and inexpensive, and the interface has very few compatibility issues, meaning a large number of USB cameras can be added to a vision system without prohibitive costs.

Following in the footsteps of USB, and introduced about a decade later, came GigE Vision – intended for high-performance industrial cameras and enabling the transmission of high-speed video and associated data over Ethernet. The GigE standard was introduced by a group of 12 vision companies and is administered by the Automated Imaging Association. One of the main advantages of GigE Vision is that it allows controlling and synchronizing multiple cameras around the clock from a remote location. The most powerful GigE cameras, 5GigE, are capable of speeds of up to Gb/s, while a Teledyne Dalsa TurboDrive system can potentially further double the standard data rate.

The CoaXPress (CXP) interface, as the name suggests, uses coaxial cables that must be connected to a frame grabber or capture card. This system enables higher performance and the ability to process larger amounts of data and increase the overall bandwidth of a given system with speeds up to 25 Gbps using cables up to 35m.

CameraLink, developed about 20 years ago, is designed to be a simple and reliable way to connect cameras and frame grabbers. Using this system, cables of up to 10 meters can be used, although this should be reduced slightly when operating at full capacity. Speeds of up to 850MB/s are achievable and multiple cameras can be controlled via a single interface.

CameraLinkHS (CLHS), developed about 10 years ago, uses standard cables or fiber optics to maximize speed and range. CLHS can connect over distances of up to 5,000m using fiber cabling, with speeds of over 50Gbps over a single cable.

Conclusion
The vision industry looks set to continue its rapid growth in the years to come, with smart manufacturing technologies requiring the implementation of quality control automation and inspection systems in a wide range of very demanding applications. different.

Obviously, there are a wide variety of camera interfaces available, and a decision as to which is best for a particular imaging application can be difficult given the multitude of variables at play. including the distances involved and therefore the length of cable required, the data transfer speed required and, of course, the financial implications for the purchaser, both in terms of the original configuration and the continued need to maintain, d improve and develop the system. In the question.

Bourbonnais concluded, “Purchasers from integration companies need to understand the bandwidth, timing, ease of deployment and cable length offered by each interface, and then it becomes much easier to make a decision. By comparing the bandwidth of each interface, the difference in the amount of image data that can be collected becomes clear.

“Using a CXP or CLHS camera will provide much higher bandwidth for a vision system, but in applications where a frame grabber is not needed or not possible, options such as USB and GigE become a good choice Deciding which interface is best for a particular system depends on the needs of the application.

There are many types of cables and connectors used with industrial cameras today. To better understand the interfaces available in the industrial and scientific camera market, download the latest white paper.