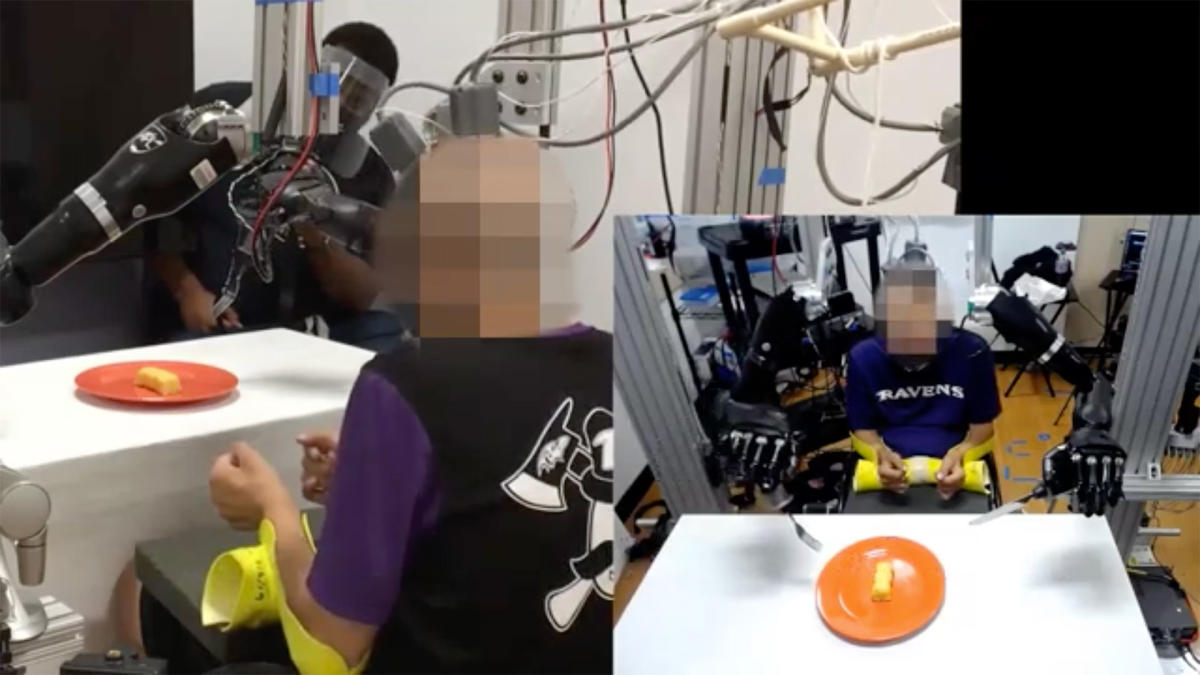 People with arm paralysis could easily feed themselves in the future. Researchers led by Johns Hopkins University have developed a new technique that allows a partially paralyzed man to feed himself using robotic arms connected through a brain-machine interface. He only had to make small movements with his fists at certain prompts (such as “select cut location”) for the arms equipped with a fork and knife to cut the food and carry it to his mouth. He could have a dessert in 90 seconds, according to the researchers.

The new method centers on a shared control system that minimizes the amount of mental input needed to complete a task. He could map his freedom of movement from four degrees (two for each hand) up to 12 degrees of freedom to control the robot’s arms. Quick intelligent replies from members also reduced the workload.

The technology is still young. Scientists want to add tactile-like sensory feedback instead of relying exclusively on visuals. They also hope to improve accuracy and efficiency while reducing the need for visual confirmation. In the long term, however, the team sees robotic arms like these restoring complex movements and providing more independence for people with disabilities.