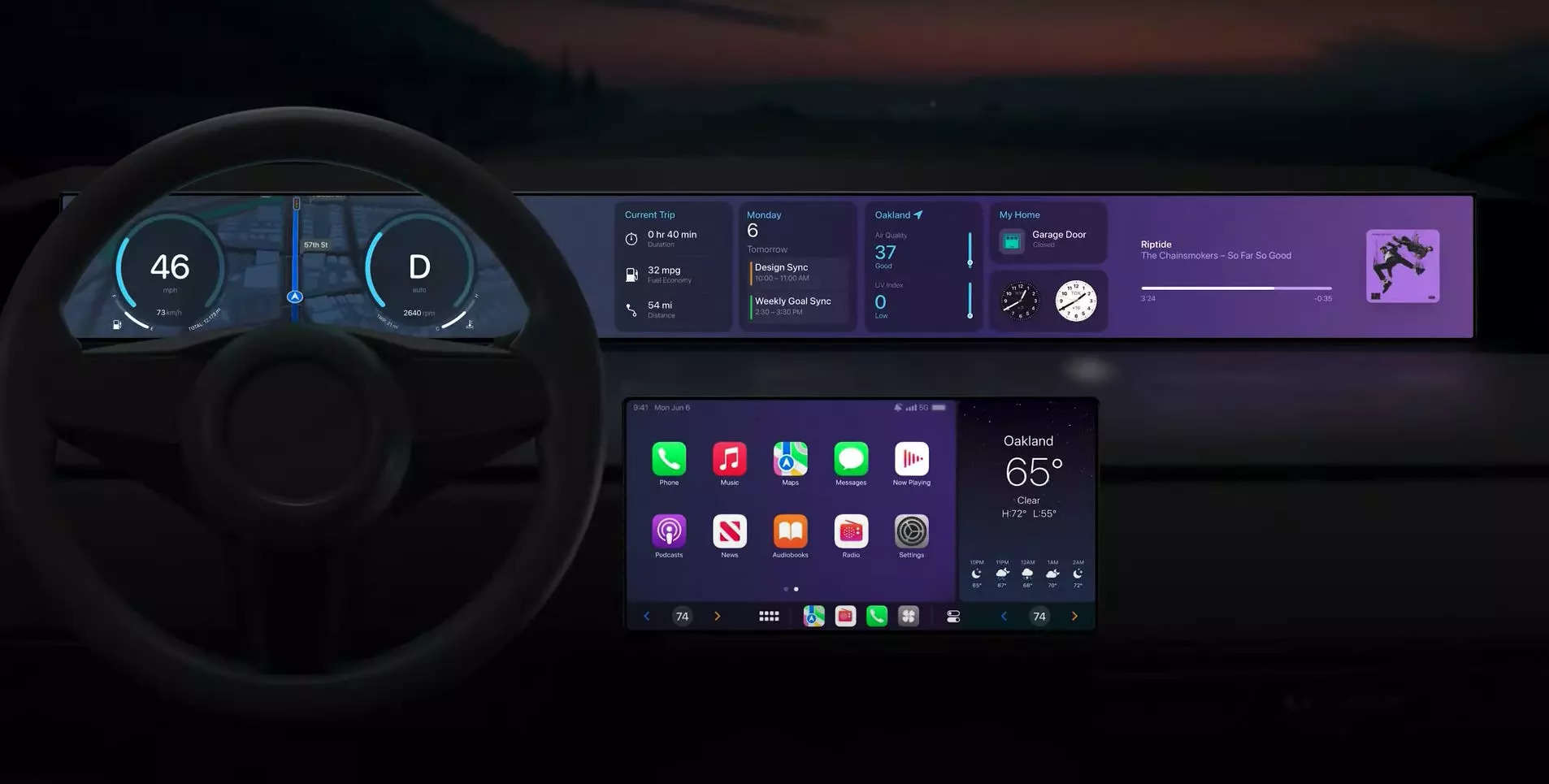 Apple on Monday unveiled a new generation of its CarPlay software that aims to replace your car’s clunky interface entirely with a sleek Apple operating system.

The new software version also gives us our best insight into what Apple’s electric car we’ve been talking about for a long time might look like – from the inside, at least. Teaser images imagine cars that will wrap drivers in familiar Apple from their speedometers to their entertainment systems to their climate controls.

Currently, CarPlay turns a car’s touchscreen into an extension of a connected iPhone, allowing drivers to use apps like Siri, Spotify and navigation on a larger, more convenient screen. The next iteration of CarPlay, announced at Apple’s Worldwide Developers Conferencegoes one step further by entirely replacing a vehicle’s built-in interface, taking control of essential vehicle functions like radio, air conditioning and heated seats.

Discover the future of SaaS in India

The 6-part video series will capture the vision of India’s SaaS leaders and highlight the potential of the industry in the decades to come.Watch on demand
Our speakers

This means that in the near future, drivers will no longer need to touch their car’s software, which can be annoying and unintuitive. Everything they do and see on their vehicle’s multiple screens will run through Apple’s familiar and engaging operating system.

Even the speedometer and fuel gauge will be integrated into the CarPlay interface in cars that have a screen in front of the driver. Apple says drivers will be able to choose from several different colors, layouts and styles for their gauge cluster. Another benefit of the new system, according to Apple: useful widgets showing things like real-time weather and calendar events can be displayed on vehicle screens.

The new comprehensive CarPlay system could preview the kind of user experience Apple is planning for its future electric car. Apple has been tight-lipped about the project, but reports over the years suggest the tech giant is work on an autonomous vehicle and is seeks to collaborate with an existing manufacturer to build it.

In November, Bloomberg reported that Apple wants the car to integrate with its existing devices and that it is exploring designs with an iPad-like touchscreen in the center of the vehicle.