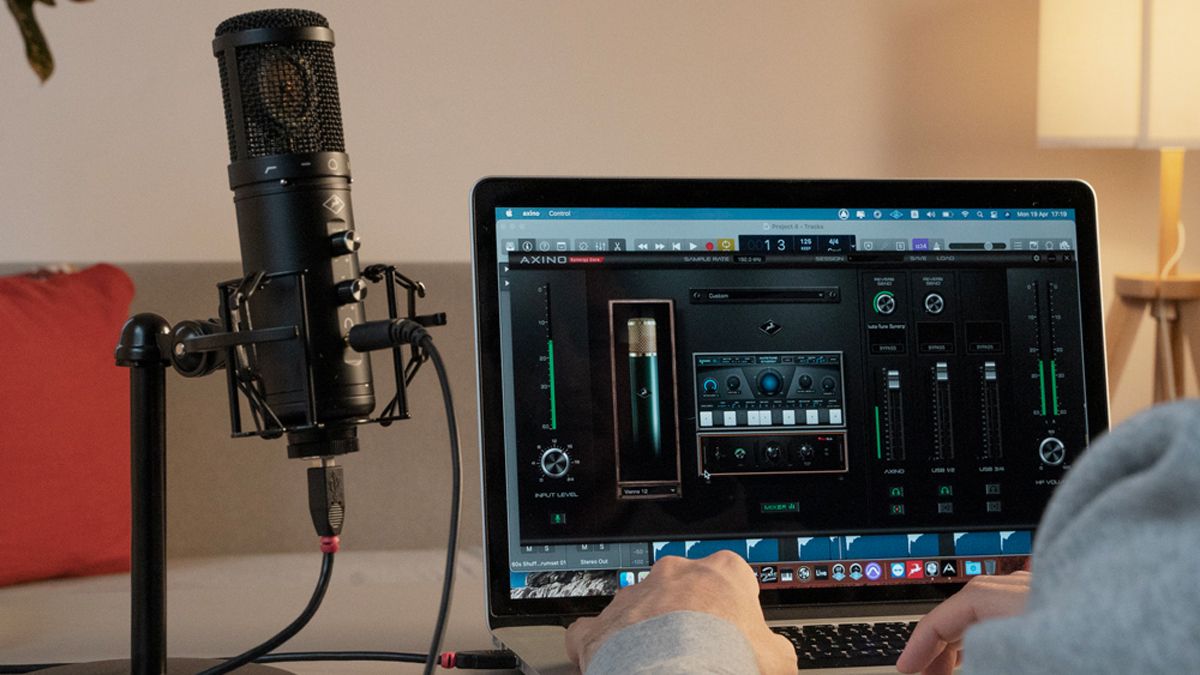 There is a lot of USB microphones there, and some also serve as USB audio interfaces, but Antelope Audio’s Axino Synergy Core goes a step further by also offering modeled versions of 18 classic microphones.

The story begins with the mic hardware – there’s a gold-sprayed diaphragm that’s designed to give a flat frequency response and give you as accurate a representation of your original sound as possible. The cardioid pickup pattern promises to minimize noise and emphasize what’s happening in front of the mic rather than elsewhere.

The Axino Synergy Core uses Antelope Audio’s mic modeling engine, with the 18 emulations covering classic dynamic, tube and FET condenser models. These can all be used in real time and the workflow allows you to experiment with different emulations.

On top of that, you also get 10 Synergy Core effects, including compressors, EQs, preamps, and dynamics processors based on classic studio gear. Others can be added as paid extensions.

Controls on the mic itself include volume and HP (headphone) knobs, as well as -10dB pad and high pass filter switches. The software’s control panel lets you make further settings and adjust signal routing and effects processing.

The Axino Synergy Core will be available soon for $399 / £399. Learn more about the Antelope Audio website.